Elizabeth J. Elie, also known as LIZZIE G is the CEO and President of LIZZIE G ENTERTAINMENT, LLC based in Chicago, Illinois. She is proud to work alongside companies and organizations such as Chicago Public Schools, Walgreens Expressions Challenge, University of Chicago’s Logan Center for the Arts, Department of Cultural Affairs and Special Events, Chicago Association of REALTORS and Kale Realty. Elizabeth holds a Master’s Degree in Integrated Marketing Communication from Roosevelt University.

Lizzie G’s message is a powerful one – it encourages young people to express their talent while gaining an education, you can do both. She has taken this message on the road at various performances both nationally and internationally, including: The Highlander in Paris France, Haiti, Dominican Republic, Cuba, Bahamas, Puerto Rico, Mexico, Turks and Caicos, African Festival of the Arts in Chicago, International Festival of Life in Chicago, YAS Fest, Bud Billiken Parade, Black Women’s Expo in Chicago, Chicago Public Schools back to school rallies, pep rallies, Homecomings, peace rallies, fashion shows, dance competitions, unity showcases, nightclubs and many more.

Her first album, THA QUEEN LIZZIE G, debuted in May 2007 and featured hits such as “L’s up”- an homage to her fans and supporters. By the release of her sophomore album, THA TAKEOVA in January 2010, Lizzie G’s lyrics became more conscious and infused upbeat, crowd-hyping tracks that rivaled modern club hits. Number #1 hit “Crank Dat Finess”, a song which urges people to express their own style of performance, is still a most requested song. When Lizzie G debuted her third album, MAKE IT HAPPEN in February 2015, the booming 14-track project featured motivational lyricism encouraging youth to follow their dreams and stay in school. In February 2017, Lizzie G released 4th album, LEVEL UP with 18 empowering tracks evolving from rapper to entrepreneur. 5th album EMBRACE THE GRIND, released September 7, 2019 inspiring people to take their dreams and goals to the next level. Music are available on streaming services such as iTunes, Apple Music, Spotify, Tidal, Pandora, Youtube Music, Soundcloud, Deezer etc.

When she’s not on the road performing or in the studio, Lizzie G is invited to perform at many school events across the world, playing the drums, selling homes and giving back to the community through various charitable organizations including Elie Empowerment Inc and Delta Sigma Theta Sorority, Inc.

One thought on “Bio” 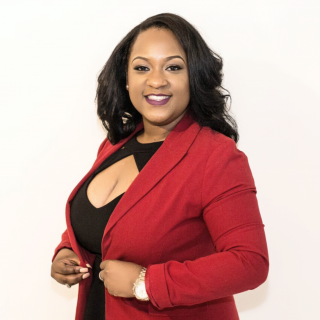